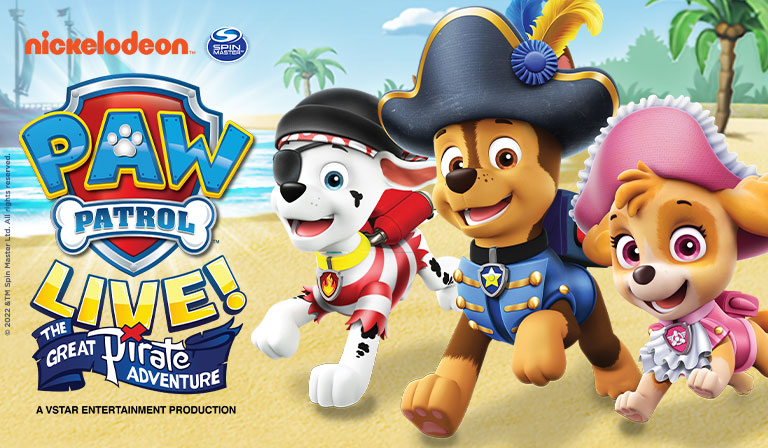 Nickelodeon and VStar Entertainment Group present PAW Patrol Live! “The Great Pirate Adventure,” an action-packed, music-filled production. The PAW Patrol is back and on a roll in person and LIVE on stage! In this production, the heroic pups from the top-rated animated preschool series PAW Patrol embark on a pirate-themed adventure to uncover hidden treasure.

Available at the Swiftel Center Ticket Office and online at www.ticketmaster.com. NOTE: Any child who has celebrated their first birthday must have a paid ticket Prices are subject to change. Additional fees and special offers may apply.

BECOME A VIP! – “Very Important Pup!”
A limited number of V.I.P. (Very Important Pup) Packages are available, starting at $113. The VIP package includes a premium seat and exclusive access to a photo opportunity with PAW Patrol characters after the show. Each adult and child (age 1 & up) in a group must have a VIP ticket. Pick up your VIP Packet at the VIP check in prior to the show. Note: VIP characters are subject to change.

ABOUT THE SHOW
In PAW Patrol Live! “The Great Pirate Adventure,” Mayor Goodway is getting everything shipshape for a big Pirate Day celebration in Adventure Bay. When Cap’n Turbot falls into a dark and mysterious cavern, it’s PAW Patrol to the rescue! Chase, Marshall, Rubble, Skye, Rocky and Zuma save Cap’n Turbot and discover a secret pirate treasure map that leads them on an epic adventure. Things get ruff when Mayor Humdinger wants to find the treasure first for Foggy Bottom. The pups need all paws on deck for this pirate adventure, including help from the newest pup who’s all ears…Tracker! Using their heroic rescue skills, problem solving and teamwork, the pups set sail to save the day. No job is too big, no pirate pup is too small!

PAW Patrol Live! “The Great Pirate Adventure” is the perfect way for families to create lifelong memories and provides kids the opportunity to experience in-person theater. Since its debut in the Fall of 2016, PAW Patrol Live! has been seen by over 4.3 million people, providing fans in over 40 countries with an unforgettable Broadway-style production. The performance is an interactive live stage show, encouraging audiences to learn pirate catchphrases, dance the pirate boogie and help the pups follow the treasure map and solve picture puzzles throughout their mission! 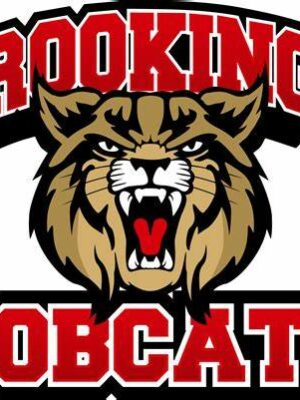 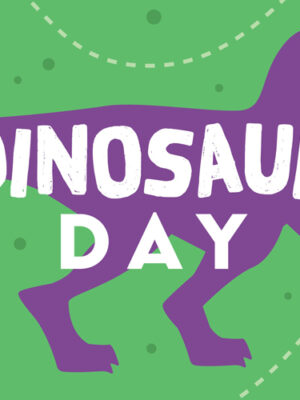