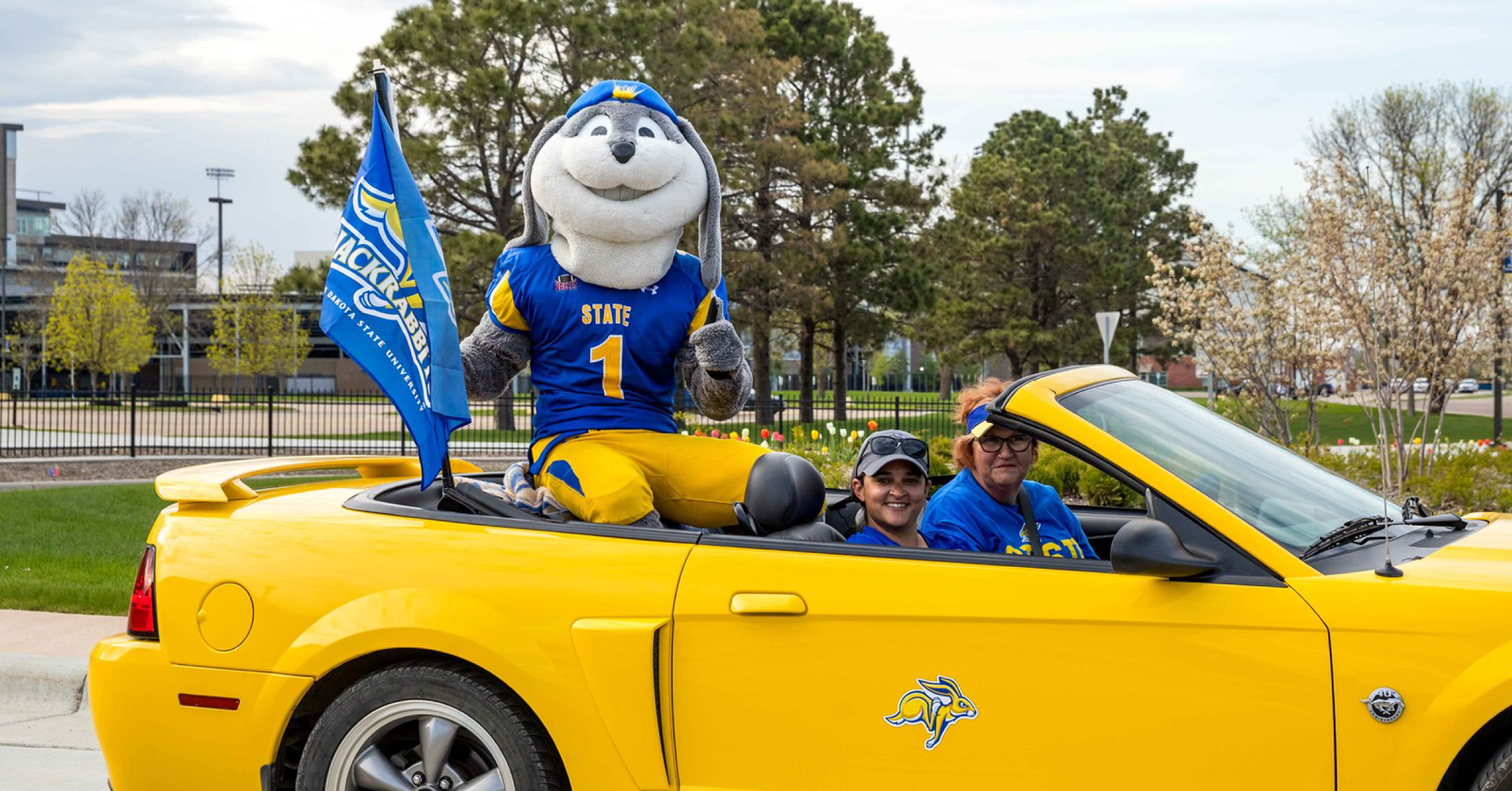 Welcome to the Jackrabbit family! Learn some things about your new home with these four short stories. You can also find them featured in this year’s edition of our Visitors Guide. 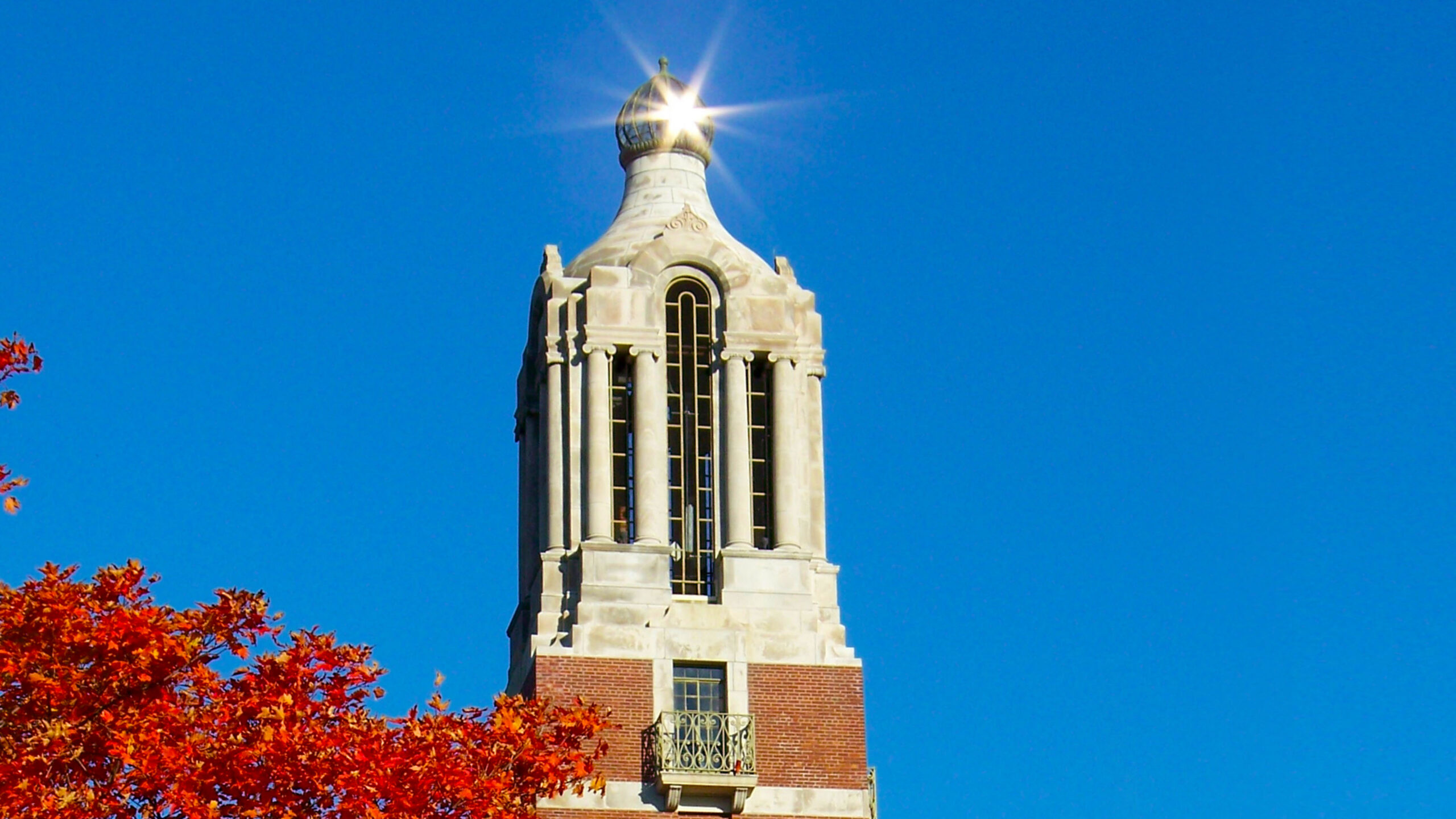 Number 1: What Does it Mean to be a Land Grant University?

Nothing says “Welcome to Brookings!” quite like the towering view of the Coughlin Campanile in the distance upon entering town. The true heart and soul of the community, South Dakota State University calls the city of Brookings home.

Originally founded as Dakota Agriculture College in 1881, South Dakota State University serves an important role as the state’s largest, most comprehensive university. When South Dakota officially became a state in 1889, Congress allocated 160,000 acres of land to the agriculture school. This allocation was made possible by the Morrill Act, signed by President Abraham Lincoln in 1862 to give states the ability to educate students in agriculture as well as liberal arts subjects and practical skills.

This idea revolutionized higher education by focusing on the three pillars of the land grant mission: teaching, research and extension outreach throughout the state. The act also made college more available and affordable.

“I think one of the biggest things we focus on as part of the land grant mission is access,” said Shawn Helmbolt, SDSU admissions director. “That was really the reason they were created, to provide access to higher education to as many people as possible.”

With several research facilities located in Brookings and across the state as well as ongoing partnerships with state government, South Dakota State University proves diligent in carrying out the land grant mission to better the quality of life in South Dakota.

“We have accredited academic programs and a high retention rate with our students,” said Jamison Lamp, university events coordinator. “We’re doing the research right here then disseminating that new knowledge, and then we have a really robust extension program with all of our extension agents across the state and their connection to those communities and in the work that they do.” 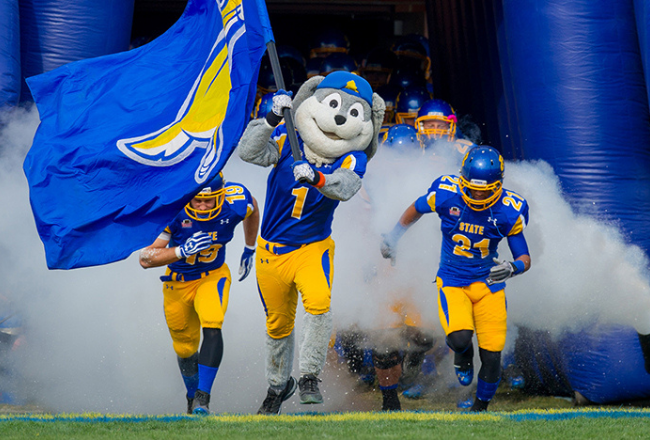 Number 2: Down the Rabbit Hole: Unmasking Jack the Jackrabbit

You know him, you love him, he’s the face of South Dakota State University. Jack the Jackrabbit serves as a well-known figure in the community. But many are surprised to learn Jack wasn’t the first school mascot.

As an agriculture based institution, the Barnyard Cadets first represented South Dakota State College (as it was known then). Around 1905 the Cadets were replaced by the Jackrabbits. Many believe it was following a 81-0 football loss to the Minnesota Gophers. A reporter for the Tribute, who was familiar with the area’s abundance of furry friends, referred to the team as being quick as jackrabbits. And so the new mascot was born.

Jack’s look has evolved throughout the years. Early on, he resembled the famous Bugs Bunny (™) with his big teeth and ears standing up. Today, the mascot appears as friendly as ever with his floppy ears and happy smile, while the jackrabbit logo is known for looking fierce in recent years.  As Jack’s looks changed, so did his personality. Jack has always made students feel free enough to hop to the beat of their own drum.

“He actually is a character,” said Kathy Larsen, who maintains Jack’s wardrobe as keeper of the jackrabbit. “How he acts when he is in that costume is how he portrays the university. All of our Jackrabbits are friendly and willing to greet people.”

Over the years, Jack has proved to be much more than a mascot. He represents school spirit for the entire community. Loved by students and community members alike, Jack brings Brookings together.

Former Brookings Mayor Keith Corbett explained some Brookings residents call themselves Jackrabbits even though they didn’t attend SDSU. “Everyone can associate themselves with Jack,” he said.

Freshman Aubrey Wookey said the sense of unity Jack brings to campus is one of the reasons she chose SDSU. After touring campus as a high school student, she recalled, “I quickly saw how much Jack means to the community, and it made me want to be a part of it.”

In the public eye, Jack is played by presumably one peppy student. In reality, it takes much more to bring him to life. You know you can count on Jack to be hyping up the crowd at sporting events, but his commitments don’t end there.

Senior Katelyn Sorenson said she had no idea tryouts were held to choose the mascot. “I’ve always wondered who’s in the costume, but the secret just makes Jack seem more real.” The students who have brought Jack to life over the years have ensured it is the university’s best-kept secret since 1905. The true identity of Jack may never be known to the public, but one thing is for sure, he will always hold a special place in the hearts of all who know him. 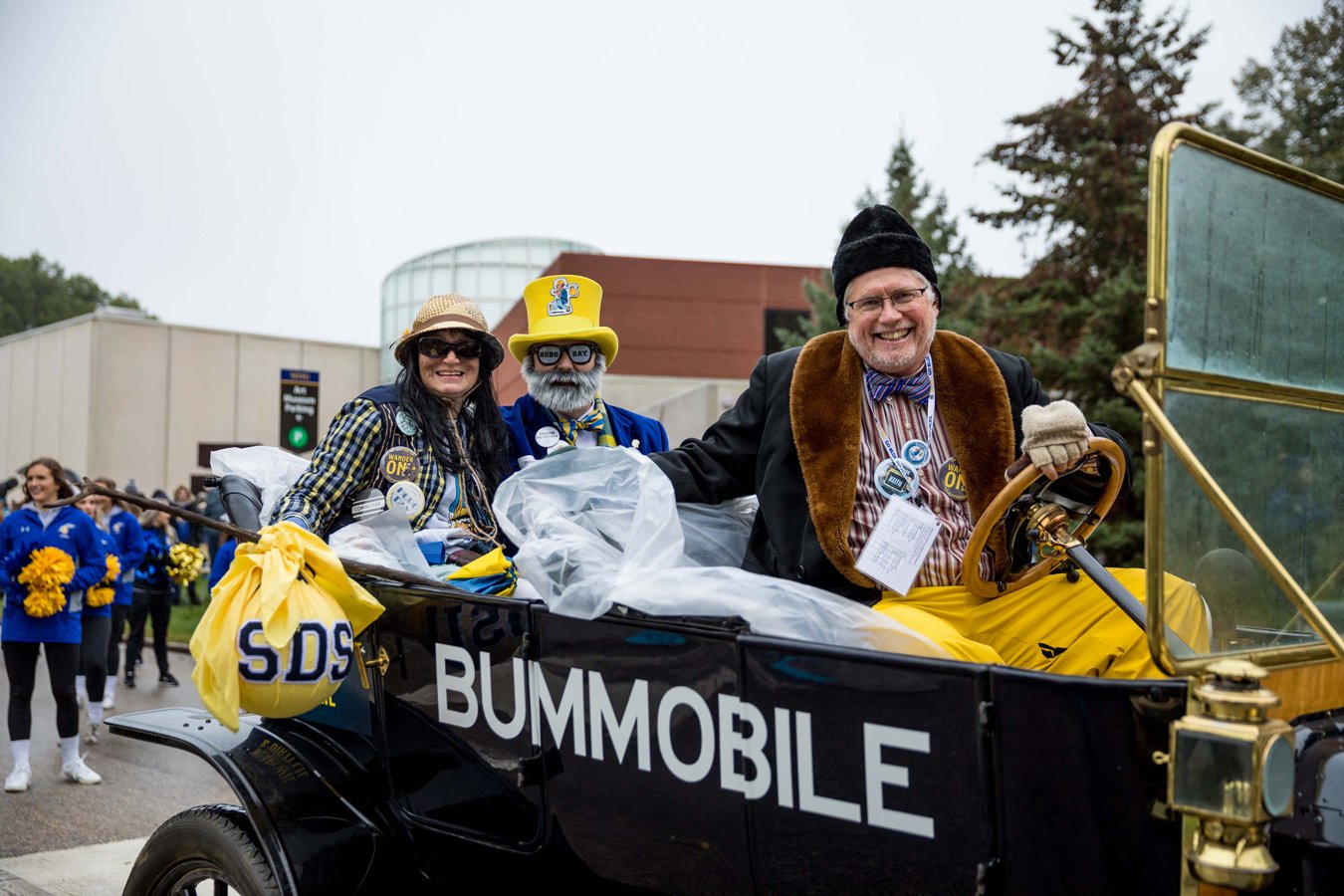 Number 3: Hobo Day: The Best Day of the Year

Jackrabbits from far and wide travel to celebrate Hobo Day, South Dakota State University’s homecoming. Dating back to November 2, 1912, this event brings thousands of people to Brookings annually to participate in cherished traditions. It also is a chance to interact with the community and alumni while experiencing the essence of Jackrabbit pride.

Marie Robbins, 2021 Grand Pooba, called Hobo Day “the most exciting tradition of the year.” The Grand Pooba is the leader of the student organizing committee for Hobo Day.

Weary Will and Dirty Lil are the honored mascots of SDSU’s homecoming celebration. They represent the history of Hobo Day and the traditions performed each year. One special custom involves choosing alumni to represent Weary Will and Dirty Lil. These individuals are selected based on their SDSU spirit and support, then announced during halftime of the homecoming football game.

Each year, the event’s theme is put on buttons for students and the community to wear and show their Hobo Day pride. Past themes include “Rooted at the Rails” in 2020 and “Adventure Awaits” in 2021. This tradition has been in place since the 1950s.

During the week, students and the community come together for events such as Bum-a-Meal, with local residents signing up to host free suppers at their homes for hungry Hobos.

A fun-filled event leading up to Hobo Day is Rally at the Rails on Main Avenue in downtown Brookings. You can play games, eat a variety of food from local restaurants, and enjoy performances by the Pride of the Dakotas Marching Band, the Bum Band and SDSU Spirit Squads.

The most prestigious Hobo Day event is the parade through town on Saturday morning, which brings people from all over the Midwest. The parade is filled with floats representing memories made at SDSU. The symbol of Hobo Day, the 1912 Ford Model T Bummobile, leaves its home in the Hobo Day Gallery at the Student Union for the occasion. Donated by Frank Weigel, a farmer in nearby Flandreau, the Bummobile has led the Hobo Day Parade since 1939.

University and prepare for the road ahead. “It’s impressive to see two to three generations of families come together for this unique and different event,” Robbins said. 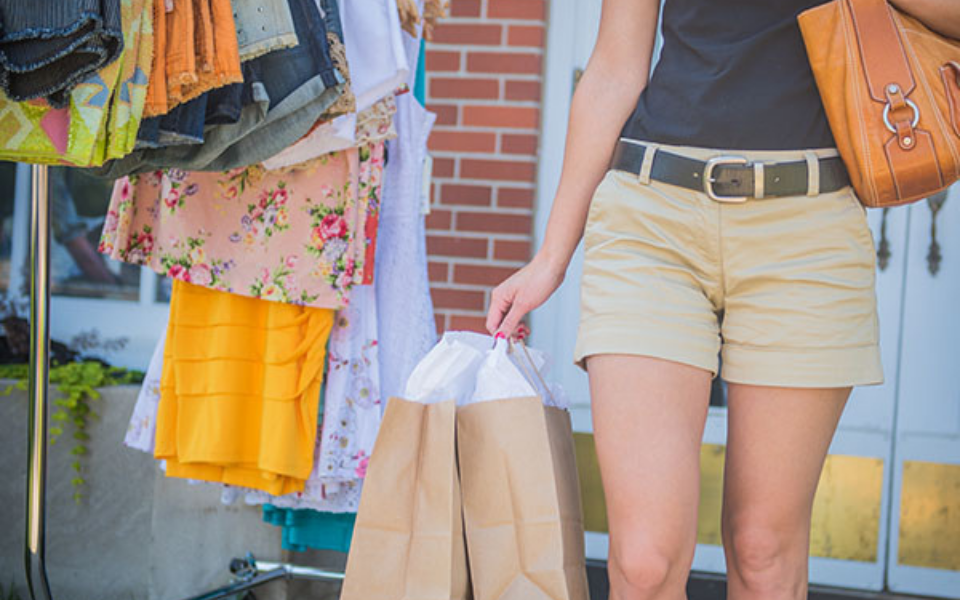 South Dakota State University is known for its iconic blue and yellow. You can find people of all ages sporting the SDSU colors, logo and Jackrabbit mascot.

One place to find spirit wear is Jackrabbit Central. These three locations operated by SDSU are located in the University Bookstore, downtown Brookings and Dana J. Dykhouse Stadium.

Homecoming at South Dakota State is celebrated with Hobo Day, and the classic striped bib overalls are the ultimate addition to any hobo’s closet.

As the weather starts to turn, Jackrabbit Central features warmer apparel and necessities. The shops also carry a variety of professional attire for Jackrabbit fans to wear at work. This collection includes everything from polos and button-downs to badge holders.

“My favorite thing to do is check out the crew neck sweatshirts,” senior Makenna Ludwig said. “They always have new fun options.”

SDSU introduced the “Pheasant State” collection in fall 2020, with a logo combining the university’s insignia and a pheasant with a South Dakota landscape. Pheasant season brings hunters here from all over the world. The line includes well-known brands such as Mossy Oak and Realtree — perfect for hunters and advocates for South Dakota’s wildlife and agriculture.

You also can find Jackrabbit gear at The Socialight Boutique in downtown Brookings. The shop features Gameday Social apparel, a Brookings born and raised brand. Socialight has it all, including men’s, women’s and children’s wear and sweatshirts, T-shirts, jackets and accessories. Along with SDSU items, you can find many different collegiate and local looks.

“Gameday Social Apparel offers trendy and practical pieces you can continue to wear for years to come,” said Marielle Golden, a model for Socialight.

In Brookings, Jackrabbit gear is worn with pride. When visiting campus or taking a stroll downtown, these stores are the perfect places to stop. Everyone looks good in blue and yellow. 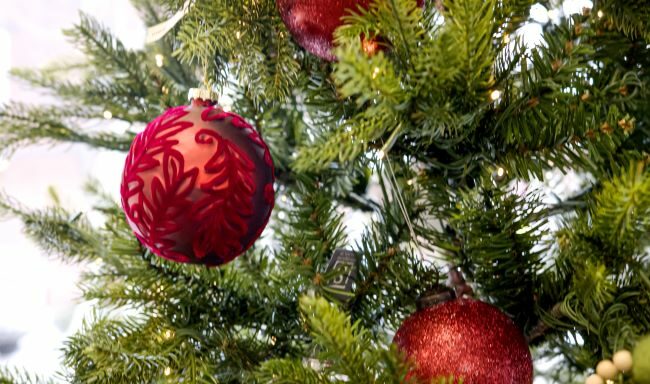 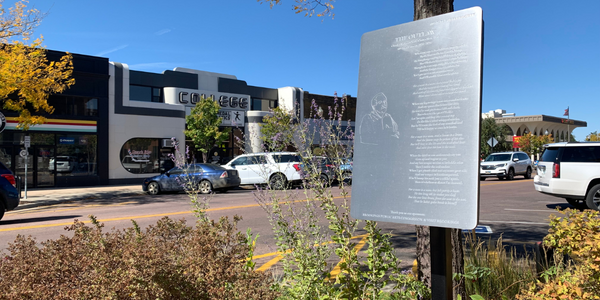